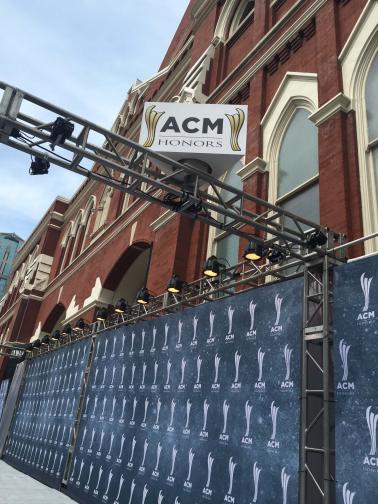 ACADEMY OF COUNTRY MUSIC® CELEBRATES WITH

ARTISTS, INDUSTRY AND COUNTRY FANS AT

EVENING RECOGNIZED SPECIAL HONOREES FROM THE

Artists who performed in tribute to honorees included:

In a surprise moment, unscripted from the show run, Luke Bryan presented Academy of Country Music CEO Bob Romeo with a recognition from the ACM Board of Directors and the ACM staff in appreciation for his vision which lead the Academy to put on the Guinness World Record-setting most-attended awards show in history last April, held at AT&T Stadium, the home of the Dallas Cowboys.

SONGWRITER OF THE YEAR

Founded in Southern California in 1964, the ACADEMY OF COUNTRY MUSIC (ACM) is a fan-focused artist and industry-driven organization, providing the financial resources to ensure the on-going philanthropic work of ACM LIFTING LIVES, the charitable arm of the Academy which works to improve lives through the power of music. The Academy has a rich history in the entertainment industry, having been founded when Southern California was a hotbed of emerging country music and when Westerns were a staple of television programing and film production.  Comprised of more than 3,800 professional members nationwide, the ACM is headquartered in Encino, Calif. For more information, log onto www.ACMcountry.com or www.ACMLiftingLives.org.

Images and Video Links Upon Request to [email protected]