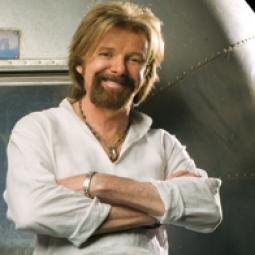 Check out our video highlights and photos on the right side of this page.


The concerts were part of The Week Vegas Goes Country®, the week of the 46th ANNUAL ACADEMY OF COUNTRY MUSIC AWARDS, honoring country music's top talent and the industry's hottest emerging talent.

For the fifth year in a row, the Academy of Country Music presented free and open-to-the-public concerts on two stages in downtown Las Vegas at Fremont Street Experience.  The weekend-long party leading up to the 46th Annual Academy of Country Music Awards was sponsored by the Las Vegas Convention and Visitors Authority and featured headlining performers and emerging artists.

As one half of the most successful duo in country music history, Ronnie Dunn helped define the country landscape over the past 20 years.  He now builds on his 30-million-selling history in Brooks & Dunn with his Arista Nashville solo debut album, slated for release later this year.  The album's stirring first single is "Bleed Red," at radio now, with the digital single releasing February 8.  Keep up with Ronnie and listen to "Bleed Red" now at www.RonnieDunn.com

RCA Nashville songstress Sara Evans will release her sixth studio album, Stronger, on March 8.  Sara is currently climbing the country airplay charts with the album's beautiful first single, "A Little Bit Stronger," which has become a fan-favorite digital single, with sales in excess of 348,000, according to Nielsen SoundScan.  An ACM and CMA Award-winning recording artist with sales of more than five million albums, Sara's career includes such chart-topping hits as "Born to Fly," "No Place That Far," "Suds in the Bucket," and "A Real Fine Place to Start."  One day following the release of Sara's new album, Stronger, fans can watch for her performance on ABC's Good Morning America Winter Concert Series on March 9.  Visit her online at www.SaraEvans.com.