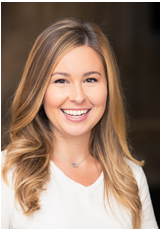 Encino, CA (November 13, 2018) – The Academy of Country Music® is announcing the promotion of Maddy Stessman to the newly created role as Manager, Administration. This position is based out of the Academy’s headquarters in Encino, CA.

Maddy Stessman has been promoted to Manager, Administration. Originally from Petaluma, CA, Stessman spent four years on the East Coast where she studied broadcast and digital journalism at Syracuse University. Following that, Stessman kept busy with internships at NBC's Affiliate Marketing Department, The Meredith Vieira Show and The TODAY Show, as well as the Academy of Country Music, where she supported the Events team for the Academy's historic 50th Anniversary in Texas. Stessman joined the Academy full-time in fall 2016, where she most recently served as Coordinator, Events. In the newly created role as Manager, Administration, Stessman will oversee administrative tasks and report to ACM CEO, Pete Fisher, and assist both Senior Vice President Finance & Operations, Tom Torii and Senior Director of Administration & Board Governance, Tommy Moore.