THE ACM EXPERIENCE was held April 5-7, 2013 at The Orleans Hotel & Casino in Las Vegas. This three-day family-friendly event gave fans the ultimate country experience in one place. They were able to SHOP country at the free-to-the-public ACM EXPO; TASTE country as we celebrate all things country with food trucks and vendors from all over the country; RIDE country at the RAM Ride and Drive, an amazing outdoor track like no other; and HEAR country at live free venues happening throughout the Orleans property plus our new two-day ticketed ACM Party for a Cause Festival featuring The Band Perry, Dierks Bentley and many more!

Added to the weekend was the 3rd ANNUAL ACM FAN JAM featuring Brad Paisley which took place at the Orleans Arena on Sunday, April 7. This live remote location gave country music lovers the ultimate fan-pass to be a part of the 48th Annual Academy of Country Music Awards.

Fans could sample the One of a Kind taste of Dr Pepper, Dr Pepper TEN and Diet Dr Pepper and get their time in the spotlight at the Diet Dr Pepper Red Carpet Experience, a special photo area duplicating the red carpet arrivals line at the Academy of Country Music Awards. 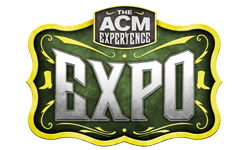 For the ultimate country shopping and marketplace experience, the ACM EXPO was presented by Roper, was located just outside the Orleans Arena. As part of THE ACM EXPERIENCE, the marketplace ACM EXPO presented by Roper included more than 200,000 square feet of shopping, gaming and eating. Unique vendors from all over the United States and Canada offered products such as customized jewelry, western wear, furniture, original art, homemade crafts and pottery. 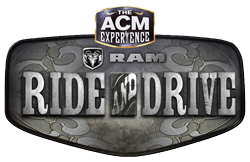 RAM Ride and Drive demonstrated the capabilities of RAM products and engaged country fans with a closed course including a 13-foot mobile hill and steel suspension ramps. Fans could also check out the new features of the 2013 RAM trucks on display in the RAM Ride and Drive arena. 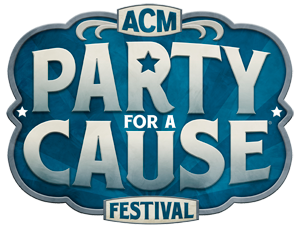 Party For A Cause Festival

Two-day outdoor music festival with an emphasis on philanthropy at the Orleans Arena. Friday’s line-up was sponsored by BMLG and General Mills, benefitting their “Outnumber Hunger” initiative and included a presentation of charitable donations to the military-inspired non-profit organizations Wounded Warrior Project®, Folds of Honor and Nellis Air Force Base Youth Education Programs. 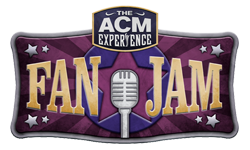