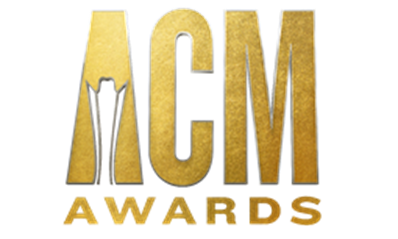 Allegiant Stadium in Las Vegas, giving fans around the world more music than ever before— 30-day free trial of Prime Video available at amazon.com/prime

Fans can gear up ahead of the weekend with items from today's biggest names in country, including exclusive merch from Dolly Parton and more on the ACM Awards Storefront

CULVER CITY, California—March 2, 2022—Today, Prime Video and Amazon announced immersive experiences and entertainment that will put viewers center stage at the 57th Academy of Country Music Awards on March 7. The power of Amazon will bring the show-stopping event into the homes and hands of fans with one-of-a-kind activations from Amazon Live, Amazon Music, Amazon Fashion, IMDb TV, and more, making it the most fan-centric awards show yet. Additionally, Prime Video, the Academy of Country Music, and MRC announced that Elaina Smith, Kristin Cavallari, Priscilla Block, and Zuri Hall will host the ACM Awards Red Carpet Show on Prime Video from 7–8 p.m. EST/4–5 p.m. PST. The party before the party will give fans VIP access to all the excitement from the red carpet, including the night’s biggest fashion trends, a look behind-the-scenes, and a special performance from Kat & Alex.

“On behalf of Prime Video and Amazon, we are thrilled to share this entertaining and immersive country music experience with our customers around the world,” said Jennifer Salke, head of Amazon Studios. “It highlights some of the most fan-centric offerings to honor the very best in country music—from a nonstop, commercial-free awards show streamed live globally for the first time ever, to an interactive red carpet preshow, exclusive Academy of Country Music merchandise, curated Amazon Music playlists, and more.

With world-class musical performances and collaborations lined up for this year’s Academy of Country Music Awards, we’re excited to showcase the ability of Amazon to create 360-degree fan engagement that not only strengthens the connection between these artists and their fans, but redefines the live entertainment experience for viewers.” Amazon Live will stream an interactive, shoppable version of Prime Video’s red carpet preshow starting at 7 p.m. EST/4 p.m. PST to prominent Amazon placements including the Amazon Homepage, the ACM Awards Storefront, Amazon Fashion homepage, and the Amazon Live homepage. Customers watching the show online will be able to ask the hosts, artists, and celebrities questions via Amazon Live’s chat feature. While they watch the show, customers can seamlessly shop the product carousel, featuring top artist merchandise and Amazon Fashion curations. Following the livestream, the red carpet preshow will remain shoppable on the ACM Awards storefront, Amazon Fashion homepage, the Amazon Music Artist Merch Shop, and the Amazon Live homepage. Fans can also gear up for the ACM Awards ahead of this weekend with exclusive Dolly Parton merch, and pre-order both her new album and novel Run Rose Run on her Amazon Music store, as well as merch from a host of today’s country stars on the ACM Awards Storefront.

Catch country music's hottest trends during Amazon Fashion’s red carpet livestream on TikTok beginning at 6:30 p.m. EST/3:30 p.m. PST, with entertainment correspondent Makho Ndlovu (@makhondlovu) and special appearances by Claudia Oshry (@girlwithnojob), Gabi Daiagi (@gabidaiagi), and Lauren Wolfe (@laurenwolfe). Viewers will be able to shop for fan gear printed and fulfilled by Merch by Amazon to celebrate country music legends, including Dolly Parton and Walker Hayes, as well as Amazon Fashion curations, including Best of the West, Boots Made for Walking, and Inspired by the Red Carpet, directly from the livestream. Customers can support Lifting Lives, ACM’s philanthropic arm dedicated to improving lives through the power of music, at no cost when they shop through AmazonSmile.

For a special deep dive into the world of the Academy of Country Music Awards, fans can hear new episodes of the Amazon Original podcast, Country Heat Weekly on March 3 and March 10. Podcast hosts Kelly Sutton and Amber Anderson will be reporting from Allegiant Stadium, and are set to host the first Amazon Music preshow event on Sunday, March 6 beginning at 9 p.m. EST/6 p.m. PST via the Amazon Music channel on Twitch. Come back to the Twitch channel on March 7 at 7 p.m. EST/4 p.m. PST to tune into both hosts broadcasting live again from the red carpet, interviewing artists as they prepare to walk into the awards.

Previously announced Breakthrough Artist from Amazon Music, BRELAND, will perform his new song “Praise The Lord” during the main show. Breakthrough is the emerging artist program from Amazon Music, aimed at amplifying the best new talent and championing artists early in their careers. BRELAND is the second country music artist to be named to the program since this year’s ACM Awards co-host Gabby Barrett was selected in 2020.

On March 8 beginning at 8 p.m. EST/5 p.m. PST, fans will be able to relive all of the excitement of the entire 57th Academy of Country Music Awards ceremony on IMDb TV, Amazon’s premium free streaming service, as well as a special rebroadcast of performances. On March 10 at 8 p.m. EST/5 p.m. PST, Amazon Music Unlimited subscribers can also watch the Awards in the Amazon Music app.

About the 57th Academy of Country Music Awards

● The 57th Academy of Country Music Awards is dedicated to honoring and showcasing the biggest names and emerging talent in country music. This year’s show promises to be a nonstop party, bringing legendary artists together with today’s favorites, and will feature exciting performances, unprecedented collaborations, surprising moments, and more, with a show so big, only a stadium can hold it. Tickets are currently on-sale at Ticketmaster.

● The 57th Academy of Country Music Awards is produced by MRC Live & Alternative. R.A. Clark and Raj Kapoor are executive producers. Damon Whiteside is executive producer for the Academy of Country Music. For more information, log onto www.ACMcountry.com or www.ACMLiftingLives.org. Sign up for the FREE ACM A-List for ticket information and the latest news and updates in your email inbox.

● The health and safety of the artists, fans, industry, staff, and partners involved in the Academy of Country Music Awards is the number-one priority. All applicable guidelines set forth by national, state, and local health officials will be closely followed during the production, along with additional safety measures to be instated by MRC and the Academy of Country Music.

download, and no cable required. Only pay for the ones you want, and cancel anytime. View the full list of channels available at amazon.com/channels.

● Instant access: Watch at home or on the go with your choice of hundreds of compatible devices. Stream from the web or using the Prime Video app on your smartphone, tablet, set-top box, game console, or select smart TV.

● Enhanced experiences: Make the most of every viewing with 4K Ultra HD- and High Dynamic Range (HDR)-compatible content. Go behind the scenes of your favorite movies and TV shows with exclusive X-Ray access, powered by IMDb. Save it for later with select mobile downloads for offline viewing.

Prime Video is just one of many shopping, savings, and entertainment benefits included with a Prime membership, along with fast, free shipping on millions of Prime-eligible items at Amazon.com, ultrafast grocery delivery and pickup, unlimited photo storage, exclusive deals and discounts, prescription savings, and access to ad-free music, books, and games. To sign up or start a 30-day free trial of Prime, visit: amazon.com/prime.