WEDNESDAY, FEBRUARY 20 FOLLOWED BY THE ANNOUNCEMENT OF

Country Music’s Party of the Year® to air LIVE on Sunday, April 7, 2019 at 8:00 PM ET / delayed PT on the CBS Television Network from the MGM Grand Garden Arena in Las Vegas 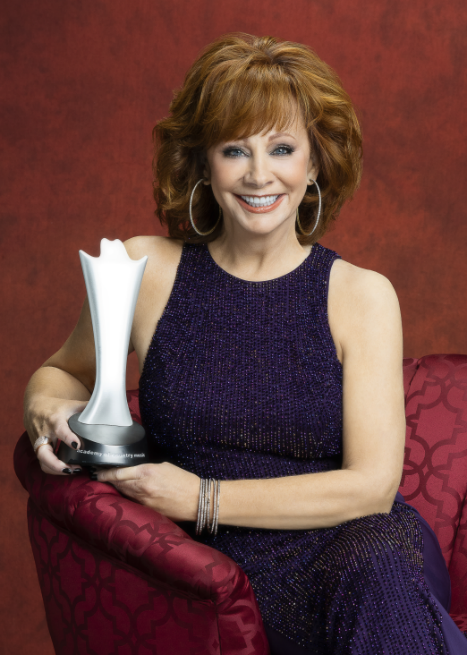 Reba will appear LIVE on CBS THIS MORNING on Wednesday, February 20, 2019 to reveal the nominees for the 54th ACADEMY OF COUNTRY MUSIC AWARDS. Additional nominees will then be announced live on ETOnline.com. The full list of nominations will be released immediately following on ACMcountry.com.

The 54th ACM Awards will feature exciting performances, unprecedented collaborations, surprising moments and more to be announced in the coming months. CBS’s 2018 broadcast of the “53rd Academy of Country Music Awards” reached over 12 million viewers drawing the largest audience in three years since the 2015 show. Reba’s highly anticipated next album, “Stronger Than The Truth,” will be released just prior to the 54th ACM Awards on Friday, April 5, 2019 on Big Machine Records.

Tickets for the ceremony are available for purchase now at www.axs.com. The media credential application to apply to cover the Awards in Las Vegas is available at www.ACMcountry.com/press. For more information on the ACM Awards and all ACM events including ACM Party for a Cause®, visit ACMcountry.com. You can also like Academy of Country Music on Facebook or follow on Twitter and Instagram for more immediate updates.

About the Academy of Country Music Awards

The 54th Academy of Country Music Awards™ is dedicated to honoring and showcasing the biggest names and emerging talent in the country music industry. The show is produced for television by dick clark productions and will broadcast LIVE from MGM Grand Garden Arena in Las Vegas on Sunday, April 7, 2019 at 8:00 PM ET/delayed PT on the CBS Television Network. R.A. Clark, Reba McEntire, Barry Adelman and Mark Bracco are executive producers. Pete Fisher is executive producer for the Academy of Country Music.

In 2017, she marked her thirteenth summit as Sing It Now: Songs of Faith & Hope topped both the Billboard Country and Christian/Gospel charts, bolstering Reba’s successful record of 35 Number One singles and over 56 million albums sold worldwide. The double-disc collection earned Reba her first GMA Dove Award for Bluegrass/Country/Roots Album of the Year and third GRAMMY® Award for Best Roots Gospel Album. She will release a new album, STRONGER THAN THE TRUTH, on April 5 via Big Machine Records.

The Oklahoma native is an acclaimed actress with 11 movie credits to her name, a lead role on Broadway in Irving Berlin’s “Annie Get Your Gun” and starred in the six-season television sitcom “Reba.” In 2005, she partnered with Dillard’s to launch her own lifestyle brand, and most recently launched the REBA by Justin™ western footwear collection at select retailers nationwide. She was named the first female and musician to portray KFC’s iconic founder Colonel Harland Sanders in the brand’s celebrity colonel campaign. Throughout 2019, she will bring that same bubbly energy and penchant for excellence to Las Vegas as part of the longest-running Country residency in The Colosseum’s history alongside her superstar pals for Reba, Brooks & Dunn: Together in Vegas at Caesars.