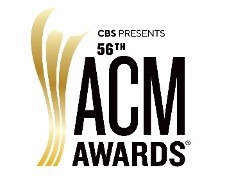 AHEAD OF THE 56TH ACADEMY OF COUNTRY MUSIC AWARDS™,
KIX BROOKS WINS NATIONAL ON-AIR PERSONALITY OF THE YEAR

Tweet: Radio Award winners for the 56th @ACMawards were revealed today with a series of heartfelt videos of recipients receiving their trophies. Congratulations to everyone who won! #ACMawards

“Congratulations to all of our 56th ACM Awards radio winners. Country radio is a vital part of the Country Music industry and artists’ success and we are grateful for the contributions they make to the industry every day,” said Damon Whiteside, CEO of the Academy of Country Music. “For the first time, the Academy was able to showcase our appreciation to these winners with a special package reveal to each of them, along with an iconic ACM trophy. We hope the memory of their win is one they cherish throughout their careers.”

Below is a complete list of the Radio Award winners for the 56th Academy of Country Music Awards:

ON-AIR PERSONALITY OF THE YEAR WINNERS:

RADIO STATION OF THE YEAR WINNERS:

The 56th ACM Awards®, honoring and showcasing the biggest names and emerging talent in Country Music, will feature exciting performances, unprecedented collaborations, surprising moments and more to be announced in the coming months. For more information, visit ACMcountry.com. You can also like Academy of Country Music on Facebook, follow on Twitter at @ACMawards, follow on Instagram at @ACMawards and sign up for the FREE ACM A-List for more immediate updates.

The 56th Academy of Country Music Awards™ is dedicated to honoring and showcasing the biggest names and emerging talent in the Country Music industry. The show is produced for television by dick clark productions and will broadcast LIVE on Sunday, April 18, 2021 (8:00-11:00 PM, live ET/delayed PT) on the CBS Television Network, and will also be available to stream live and on demand on Paramount+. R.A. Clark, Barry Adelman and Linda Gierahn are executive producers. Damon Whiteside is executive producer for the Academy of Country Music.