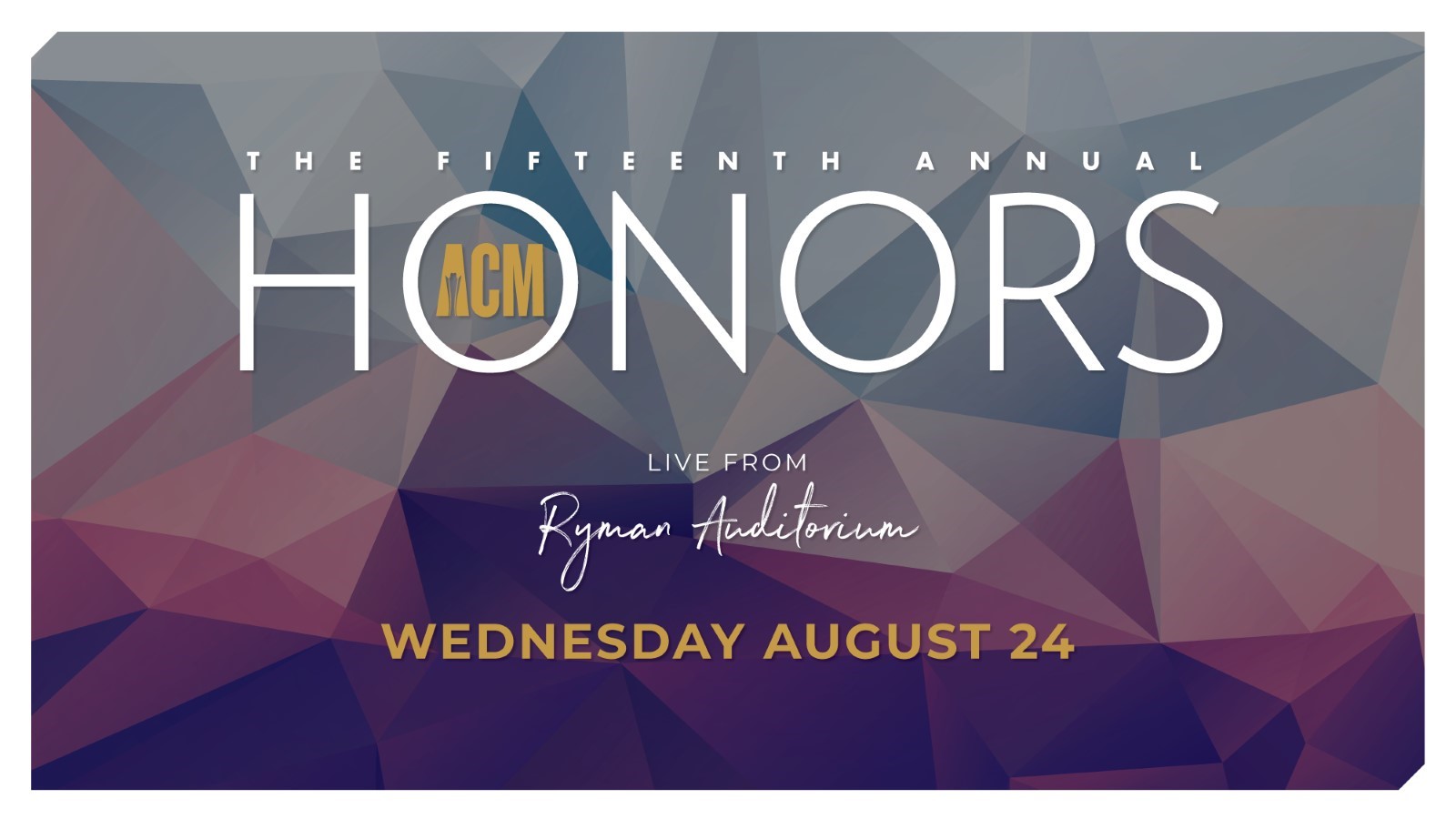 ACADEMY OF COUNTRY MUSIC® TO CELEBRATE

Winners of the Special Awards, Songwriter of the Year Award,

to be Celebrated at the Annual Event

WHAT:          The 15TH ACADEMY OF COUNTRY MUSIC HONORS™ is an evening of live music and tributes celebrating recipients of the Academy of Country Music’s Special Awards, Songwriter of the Year Award, Studio Recording Awards, and Industry Awards from the 57th ACM Awards cycle. The event, frequently described as “the Country Music industry’s favorite night,” will return to Nashville’s historic Ryman Auditorium for the twelfth year.

MORE:              Additional details including this year’s winners, host, performers, and general event information will be announced in the coming weeks. For more information, please visit www.acmcountry.com. To stay up to date on upcoming announcements and receive exclusive access to ticket pre-sales, subscribe to the ACM A-List Newsletter.

Each year, the Academy recognizes Special Award winners voted on by the Academy’s Board of Directors for their outstanding achievements and contributions to the Country Music industry and ACM Lifting Lives. Special Awards categories include:

In addition to the Special Awards honorees, the 15th Annual ACM Honors will acknowledge and celebrate the achievements of this year’s Songwriter of the Year, HARDY. This award is presented to an individual who stood out as the top wordsmith of the past year, helping to create the stories that artists share with their fans through song. The Award is selected by a special Professional Panel of judges composed of songwriters, publishers, producers, and performing rights organization representatives. Notable winners from the past 15 years include Rhett Akins, Hillary Lindsey, Shane McAnally, and Lori McKenna.

To search the Academy’s database and view the full list of previous winners for each category, visit here.

Founded in Southern California in 1964 as a regional trade organization, the ACADEMY OF COUNTRY MUSIC (ACM) has grown in the almost-60 years since into a leading association for the Country Music industry. Today, the Academy boasts more than 4,550 professional members nationwide and serves as a powerhouse advocate for Country fans, artists, and all facets of the business, as well as a supporter of philanthropic work through charitable arm ACM LIFTING LIVES®, which works to improve lives through the power of music. 2022 will be a landmark year for the Academy, with a relocation from Los Angeles, CA to Nashville, TN and its iconic Academy of Country Music Awards™ streaming on Amazon Prime Video live from Las Vegas’ Allegiant Stadium, in a historic partnership, the first time a major awards show has been streamed exclusively. For more information, log onto www.ACMcountry.com or www.ACMLiftingLives.org.