ACADEMY OF COUNTRY MUSIC’S® PARTY FOR A CAUSE® TO RETURN TO ASCEND AMPHITHEATER IN NASHVILLE, TN FOR SECOND CONSECUTIVE YEAR ON TUESDAY, AUGUST 23 WITH PROCEEDS BENEFITING ACM LIFTING LIVES® 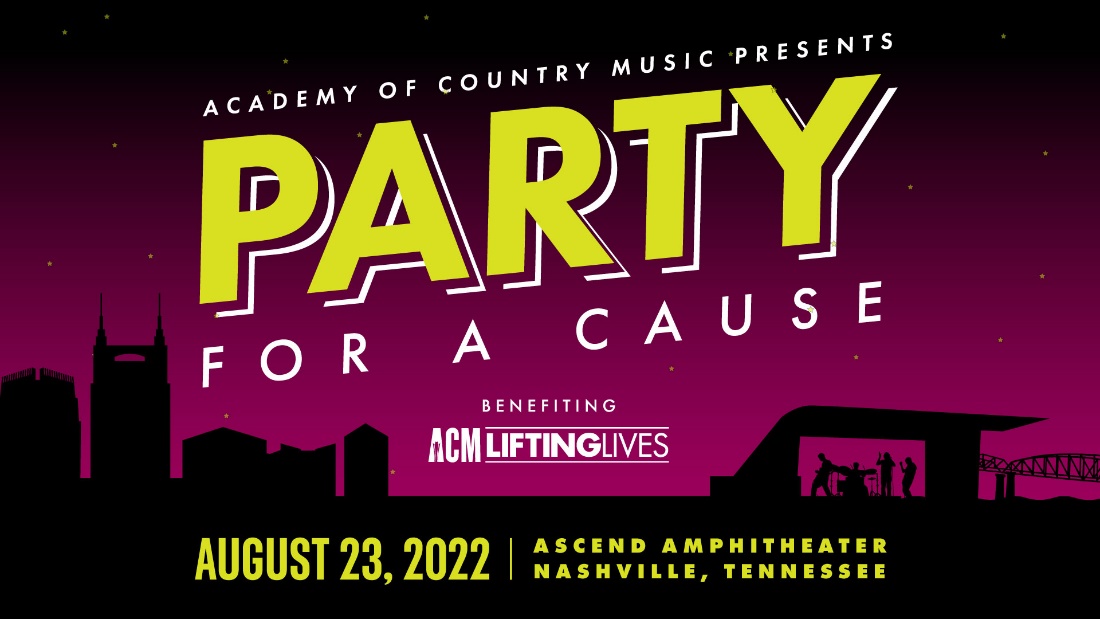 ACADEMY OF COUNTRY MUSIC’S® PARTY FOR A CAUSE®

TO RETURN TO ASCEND AMPHITHEATER IN NASHVILLE, TN

WHAT:          The Academy of Country Music® announced today its annual PARTY FOR A CAUSE® will return to Ascend Amphitheater in Nashville, TN for a second consecutive year on Tuesday, August 23 and again benefit ACM Lifting Lives®, the charitable arm of the Academy which works to lift lives through the power of music. An evening dedicated to celebrating the healing power of music, ACM Party for a Cause will feature live performances from a star-studded Country Music lineup and will precede the 15thannual Academy of Country Music Honors ceremony, to be held the next night, Wednesday, August 24, at the historic Ryman Auditorium.

Additional details including ticket on-sale, host, performers, and general event information will be announced in the coming weeks. For more information, please visit www.acmcountry.com. To stay up to date on upcoming announcements and receive exclusive access to ticket pre-sales, subscribe to the ACM A-List Newsletter.

Founded in Southern California in 1964 as a regional trade organization, the ACADEMY OF COUNTRY MUSIC (ACM) has grown in the almost-60 years since into a leading association for the Country Music industry. Today, the Academy boasts more than 4,600 professional members nationwide and serves as a powerhouse advocate for Country fans, artists, and all facets of the business, as well as a supporter of philanthropic work through charitable arm ACM LIFTING LIVES®, which harnesses the power of the Country Music community and partners to provide aid in times of need, with a focus on health-related initiatives. 2022 continues to be a landmark year for the Academy, with the relocation of the organization’s headquarters to Nashville after decades in Los Angeles, and, in a historic partnership with Amazon, its iconic Academy of Country Music Awards™ streamed live on Prime Video in 235 territories all over the globe, the first time a major awards show has streamed exclusively. For more information, log onto www.ACMcountry.com or www.ACMLiftingLives.org.