Tom Torii has been promoted to Executive Vice President, Finance & Operations. Torii oversees all aspects of the Academy’s finance, planning, analysis, operations and human resources functions. He joined the Academy in 2017 from Anschutz Entertainment Group, where he solidified his reputation as a hands-on, strategic CFO, capable of providing financial and operational direction across organizations. During his nearly decade-long tenure as Vice President of Finance at AEG and Chief Financial Officer of AEG Sports, Torii oversaw all finance of sports entities including Amgen Tour of California, Houston Dynamo, Los Angeles Galaxy, Los Angeles Kings, and many other marquee brands.  In addition, he led finance activities for non-sports entities such as AXS TV, JW Marriott and Ritz-Carlton at LA Live, Ritz-Carlton condominiums at LA Live, ticketing platforms for AXS.com and Examiner.com, among others.

During his brief tenure, Torii has partnered with officers of the Academy to advance financial systems, analysis, controls and communication. Along with senior leadership, he developed a long-term strategic plan to achieve the Board’s vision of the Academy’s future.  In addition, Torii has led many efforts to enhance the Academy’s organizational culture and Human Resources functions.

Jen Heaton has been promoted to Director, Strategic Partnerships. A native of Calabasas, Calif., Heaton attended the University of Arizona. After graduating with degrees in Communications and Business, Heaton remained in Arizona and joined the Arizona Diamondbacks in 2010 in Sales and completed her time with the D-backs in Corporate Partnerships. In her new role, Heaton will continue planning and executing the ACM and ACM Lifting Lives partners programs, identifying, cultivating and developing new sponsors across industries and developing a multi-year partnership strategy. Heaton reports to Pete Fisher, Chief Executive Officer of the Academy of Country Music.

Lanni Gagnon has been promoted to Manager, Events. A Massachusetts native, Gagnon attended upstate New York’s Ithaca College where she studied Communication Management and Design. She first became involved with the ACM during her last semester of college when she interned with the Academy’s Event & Operations team for the 50th Annual ACM Awards. Upon graduating in May 2015, Gagnon relocated to Los Angeles and has since worked for Intern Queen, Inc., RGLive Events and George P. Johnson Experiential Marketing. During that time, she also freelanced with the ACM Events team on-site for the past two ACM Awards in Las Vegas. In her role as a manager for the Events department, Gagnon will be responsible for various logistical and operational elements of the ACM Awards and ACM Party for a Cause events – including event production, red carpet, food and beverage, transportation, signage, security, event décor and partnership fulfillment. Gagnon reports to Erick Long, Senior Vice President, Events.

Carrie Tekautz has been named Manager, Awards & Membership. Originally from Kansas City, Tekautz attended Trevecca Nazarene University in Nashville, where she graduated with a degree in Music Business. After interning at Universal Music Publishing Group, Sony Music Nashville, Red Light Management and the Country Music Association, Tekautz began working full-time for CMA in 2013 within the Membership & Balloting department. In 2015, Tekautz joined the Ryman Auditorium and Grand Ole Opry team as Sally Williams’ assistant, a role she held for a year and a half before moving to Los Angeles to join the ACM staff. As manager, Tekautz will help maintain the membership database, recruit new ACM professional members and help coordinate the ACM Awards voting process.  Tekautz reports to Nick Di Fruscia, Vice President, Awards & Membership.

Taylor Wolf has been named Coordinator for both the ACM Lifting Lives and Strategic Partnerships departments. Born and raised in Brentwood, Tenn., Wolf attended Pepperdine University where she received a bachelor’s degree of Science in Psychology. Following her graduation, Wolf pursued an opportunity in the human resources department at Sarah Cannon, the Cancer Institute of HCA Healthcare. She has also worked as a digital content contractor prior to her move to the Academy of Country Music. Wolf will report to Lyndsay Cruz, Executive Director, Lifting Lives and Jen Heaton, Director, Strategic Partnerships.

Born and raised in Douglas, Massachusetts, Danielle Bardier joins the Academy of Country Music as Assistant, Events. Bardier graduated from the University of Southern California where she received a degree in Business Administration with a focus on Marketing. During her time at USC, Bardier interned for the Academy of Country Music in the events department and served as a production assistant following her 2017 graduation. Since graduating, Bardier worked as a sponsorship and event coordinator for Harpoon Brewery where she helped produce several of Harpoon’s charitable events. Bardier will report to Erick Long, Senior Vice President, Events. 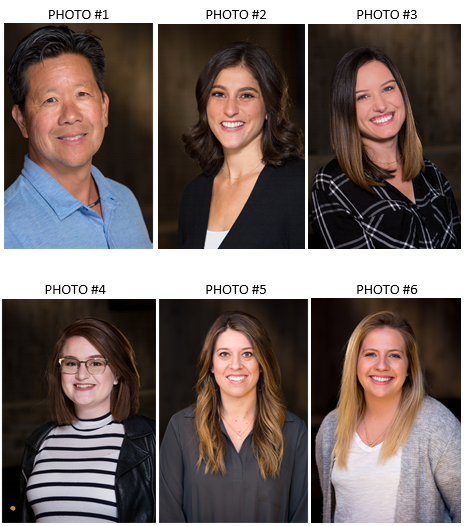