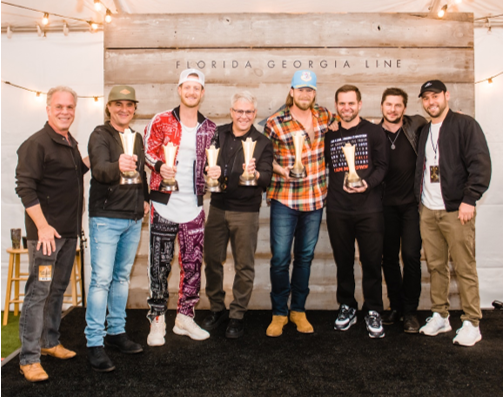 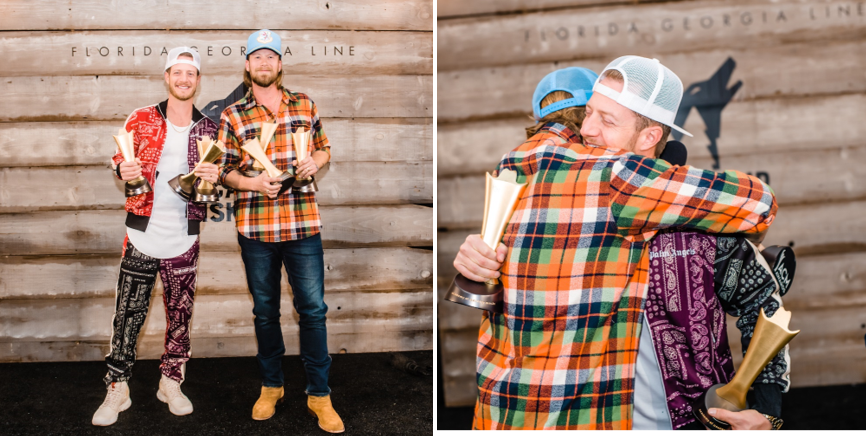 The ACM Breakout Artist of the Decade Award acknowledges an artist that first impacted country music in the decade and has contributed to the country music format in an impactful way.  Factors considered include success at radio, commercial media, sales and streaming, creative integrity, touring statistics, artistic merit and ACM Award recognition.

The multi-platinum BMLG Records duo received the ACM Single of the Decade Award for their record-breaking #1 hit “Cruise,” which recognizes a single that has impacted country music over the decade.  The factors considered include success at radio, commercial media, sales and streaming, artistic merit and ACM Award recognition.

Additionally, Florida Georgia Line received the ACM Music Event of the Decade Award for “Meant to Be” with Bebe Rexha. The award recognizes a recording performed by artists who do not regularly perform together that has impacted country music over the decade. The factors considered include success at radio, commercial media, sales and streaming, artistic merit and ACM Award recognition.

Florida Georgia Line has been making history since 2012, when they became the first country act to achieve RIAA’s DIAMOND certification for 10 million copies sold with their career debut – and now the ACM Single of the Decade — the 11X-PLATINUM “Cruise,” which remains the best-selling digital country single of all time. Continuing to rule the charts, the 8X PLATINUM, #1 collaboration “Meant to Be” with Bebe Rexha reigned atop the Billboard Hot Country Songs chart for 50 weeks straight. Florida Georgia Line has earned 9.3+ billion streams, exceeded 33.6 million track downloads, sold more than 4.6 million albums worldwide while racking up 16 #1 singles. The duo has been nominated for a total of 23 ACM Awards. In 2012 they earned their first-ever nomination in three categories and collected their first two ACM Awards for ACM New Artist of the Year and ACM New Vocal Duo or Group of the Year. In 2013, 2014 and 2015 they won ACM Vocal Duo of the Year and in 2014 and 2016 they took home the ACM Award for ACM Vocal Event of the Year (“May We All” feat. Tim McGraw). In 2016 they also received the ACM Single Record of the Year (“H.O.L.Y.”). The ACM Single of the Decade Award, ACM Breakout Artist of the Decade Award and ACM Music Event of the Decade Award brings the duo’s total of 11 ACM Awards for Florida Georgia Line. Bebe Rexha received her first-ever ACM nominations in 2018, with a total of 4 nods for ACM Song of the Year, ACM Single of the Year and ACM Music Event of the Year.  With this recognition, Rexha receives her first-ever ACM Award.

“Since FGL’s debut with ‘Cruise,’ their success has been amazing. They’ve blown us all away with recording-breaking tracks and performances. Once they collaborated with Bebe Rexha, they reached even more fans outside country music. We are excited to award BK and Tyler with these well-deserved awards to celebrate these unprecedented multiple career milestones from this past decade,” said RAC Clark, ACM Interim Executive Director.