THE ACM MUSIC EVENT OF THE DECADE AWARD

FEATURING FLORIDA GEORGIA LINE FOR “MEANT TO BE” 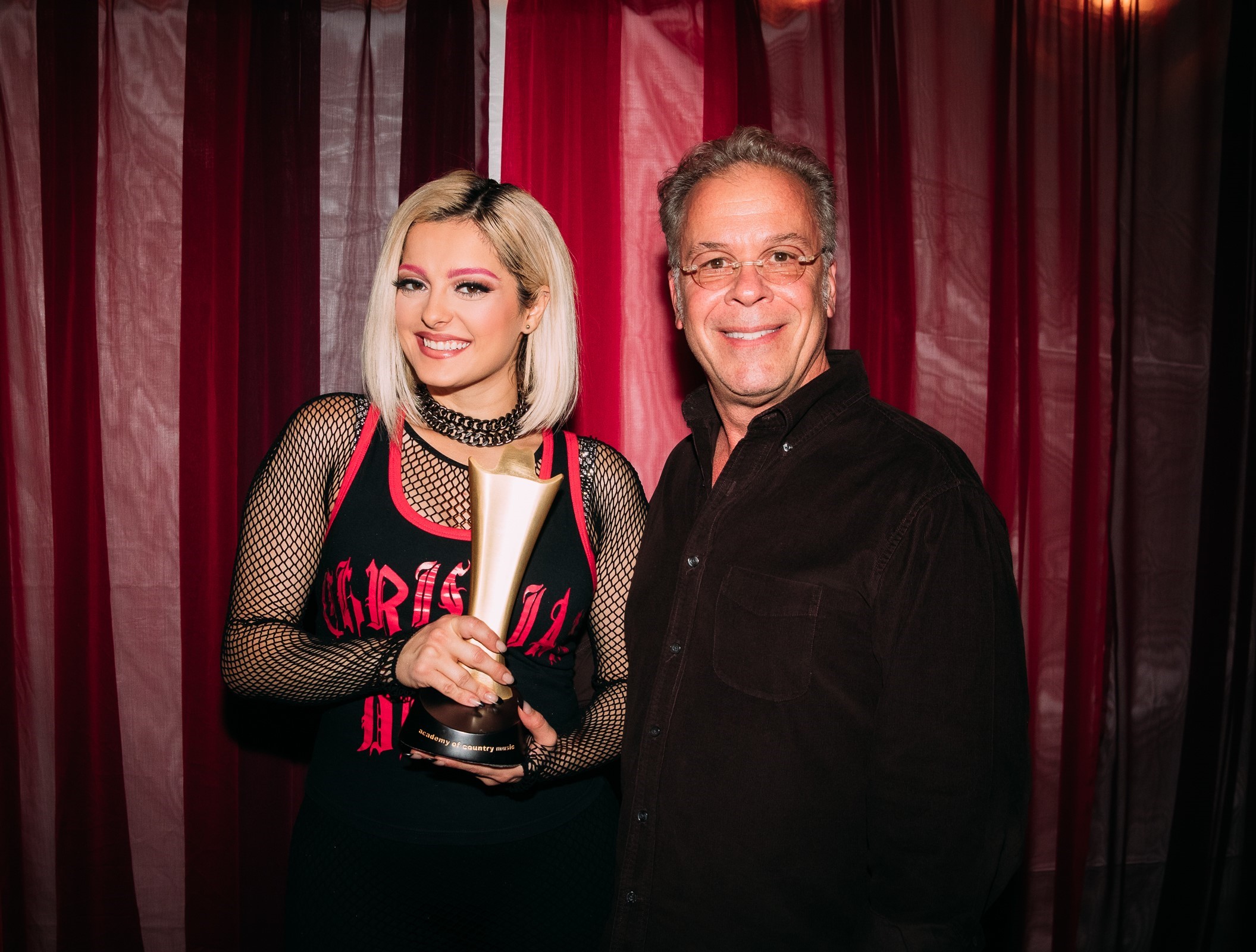 The ACM Music Event of the Decade Award recognizes a recording performed by artists who do not regularly perform together that has impacted country music over the decade. The factors considered include success at radio, commercial media, sales and streaming, artistic merit and ACM Award recognition.

“Bebe’s an artist who proves that music has no limitations. Artist collaborations are one of the biggest creative forces in all genres of music today. So when you put two artists like Bebe and FGL together, you’re going to get a great hit song and we are so thrilled to be able to recognize that,” said RAC Clark, ACM Interim Executive Director.

Singer/songwriter Bebe Rexha has accumulated more than 12 million overall single sales, over 6 billion total global streams and a radio audience of more than 10 billion. Continuing to rule the charts, the 8X PLATINUM, #1 collaboration “Meant to Be” featuring Florida Georgia Line reigned atop the Billboard Hot Country Songs chart for 50 weeks straight. Rexha received her first-ever ACM nominations in 2018, with a total of 4 nods for ACM Song of the Year, ACM Single of the Year and ACM Music Event of the Year.  With this recognition, Rexha receives her first-ever ACM Award.

ABOUT BEBE REXHA:
Two-time Grammy®-nominated New York City native Bebe Rexha is a musical force to be reckoned with.  She has accumulated over 12 million overall single sales, over 6 billion total global streams, and a radio audience over 10 billion.  Her debut, RIAA Gold album, Expectations (released June 2018) contained the Platinum single “I’m a Mess” and global chart-topping smash “Meant To Be” (featuring Florida Georgia Line), now RIAA Certified 8x Platinum.  #1 on the Billboard Hot Country Songs chart for a record-setting 50 straight weeks, the longest reign ever by a female lead artist, “Meant To Be” won Top Country Song at the 2019 Billboard Music Awards and Best Collaboration at the 2018 iHeart Radio Music Awards.  It was subsequently nominated for Best Country Duo/Group Performance at the 61st annual Grammy Awards® in February 2019, where Bebe was also nominated for Best New Artist.  Bebe’s latest summer hit was with The Chainsmokers on “Call You Mine,” which was nominated at the 2019 Teen Choice Awards for Choice Electronic/Dance Song and won Best Dance at the 2019 MTV Video Music Awards.

One of the youngest artists to receive the Songwriters Hall Of Fame’s prestigious Abe Olman Scholarship award (2012), Bebe formally burst onto the scene the following year, when she wrote “Monster,” a worldwide hit for Eminem and Rihanna that was certified 6x-platinum by the RIAA.  Bebe went on to co-write and carry the instantly recognizable hook for the 3x-platinum “Hey Mama,” by David Guetta, Nicki Minaj and Afrojack, nominated for a Billboard Music Award for Top Dance/Electronic Song.  Bebe also hit #1 on the Billboard Pop and Rap charts with her RIAA platinum “Me, Myself & I” with G-Eazy. In 2017, Bebe released the critically acclaimed EPs, All Your Fault: Part 1 (with “I Got You”), and All Your Fault: Part 2 (with “Meant To Be”). Now in 2019, Bebe has amassed over 2.5 billion YouTube views and counting. In conjunction with Grammy® Week 2019, Bebe launched the Grammy® Music Education Coalition’s (GMEC) national campaign on behalf of its new All-Star Ambassador program, whose members also include Luis Fonsi, Rita Ora, Kristin Chenoweth, Regina Spektor and others.