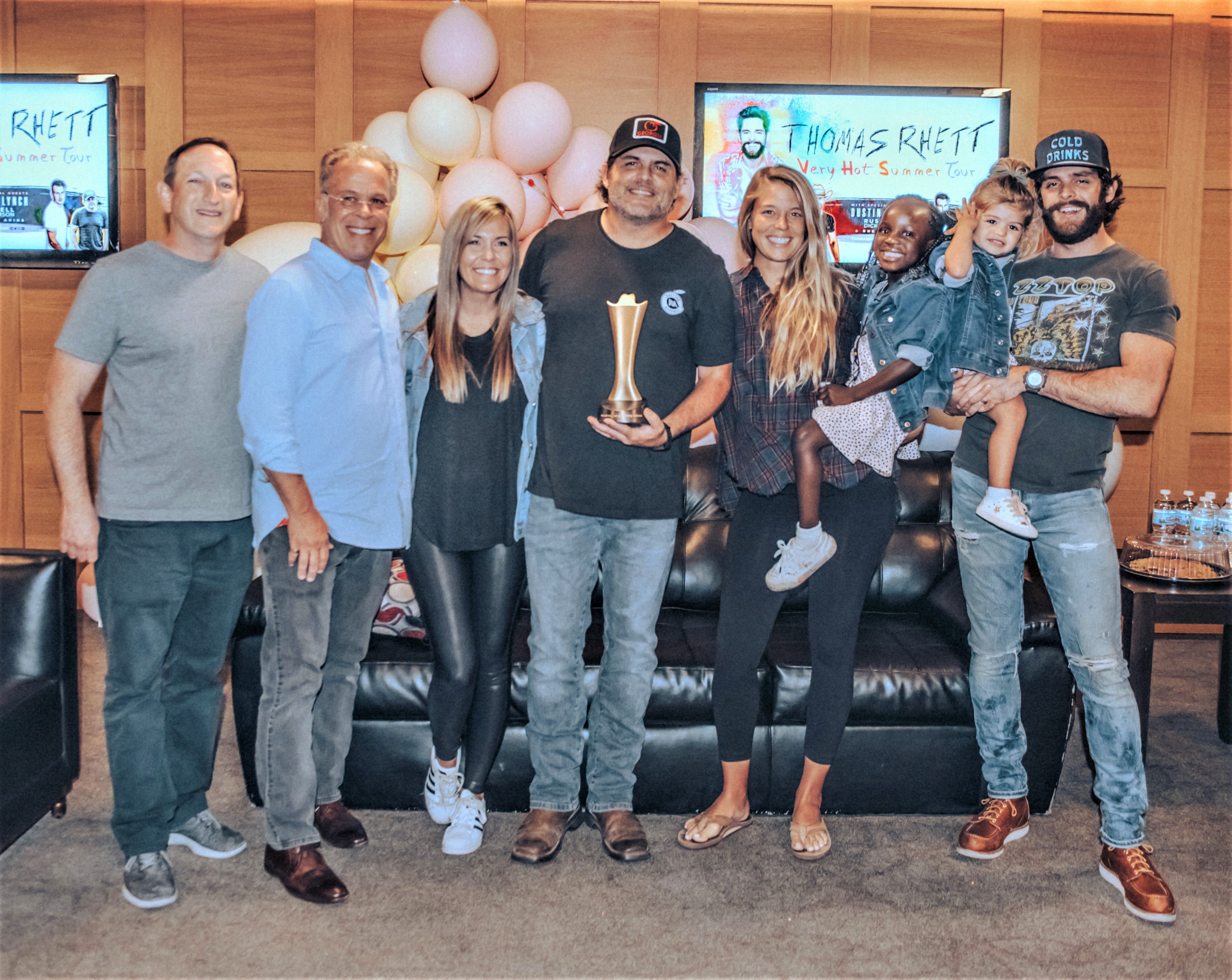 ENCINO, CA (September 17, 2019) – The Academy of Country Music® announced today the ACM Songwriter of the Decade Award recipient Rhett Akins, who was awarded in a surprise backstage presentation recently during Thomas Rhett’s VERY HOT SUMMER TOUR stop at the United Center in Chicago, IL. Akins joins as the second recipient of the seven all-new ACM Decade Award categories, including most recently announced ACM Song of the Decade Award, awarded to Miranda Lambert and songwriters Tom Douglas and Allen Shamblin, for “The House That Built Me.”

The ACM Songwriter of the Decade Award recognizes a songwriter whose creative works have impacted country music over the decade. The factors to be considered are, but not limited to success of body of work at radio, commercial media, sales and streaming, creative integrity, artistic merit and ACM Award recognition. Akins won ACM Songwriter of the Year Award in 2017 and was nominated in the same category in 2011 and 2013. Additionally, Akins received his first-ever ACM nomination in 1997 for ACM Top New Male Vocalist category. Akins has written many chart toppers for a number of big names in country music, he currently has had 30 No.1 singles, 36 BMI Awards and 24 years of hits.

“With 30 No. 1 hits, 36 BMI Awards, and at least one No.1 in each year of this decade, we are proud to present the ACM Songwriter of the Decade Award to Rhett Akins!” said Ed Warm, Academy of Country Music Chairman.