CHRIS STAPLETON AS THE FIRST-EVER RECIPIENT FOR

ACM ARTIST-SONGWRITER OF THE DECADE AWARD 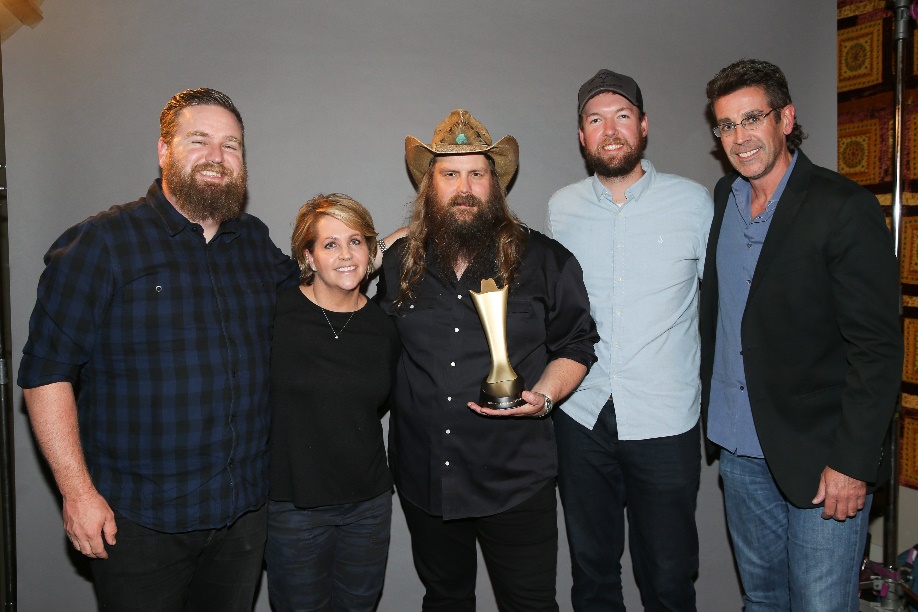 The ACM Artist-Songwriter of the Decade Award is defined as an artist who has commercially released material, written in whole or in part by the artist. This award recognizes a songwriter whose creative works and performance have impacted country music over the decade. The factors to be considered are, but are not limited to success at radio, commercial media, sales and streaming, artistic merit and ACM Award recognition. A Kentucky native, Stapleton made his move to Nashville, TN in 2001 to pursue a career as a songwriter. In the years since, he has penned over 170 album cuts with seven No. 1 songs, including 2017's "Broken Halos." Following his quadruple platinum breakthrough solo debut album Traveller (2015), Stapleton released two No. 1 albums in 2017: From A Room: Volume 1 (certified Platinum) and From A Room: Volume 2 (certified Gold). Most recently, Stapleton recorded the Randy Newman-penned song, "Ballad of the Lonesome Cowboy," for the Toy Story 4 soundtrack and has collaborated on songs with P!nk, Ed Sheeran, Bruno Mars and Sheryl Crow.

“Had Chris Stapleton not been an artist, his impact on country music as a songwriter would be indelible,” says Kelly Rich, ACM Special Awards Committee Co-Chair. “Had he not been a songwriter for himself and others, his influence as a recording artist, performer and vocalist would have been just as undeniable. In combination, however, Chris epitomizes the spirit and intent of this award. We are thrilled to recognize both aspects of his contribution to country music over the last decade."

Photo Credit: Terry Wyatt/Courtesy of the Academy of Country Music