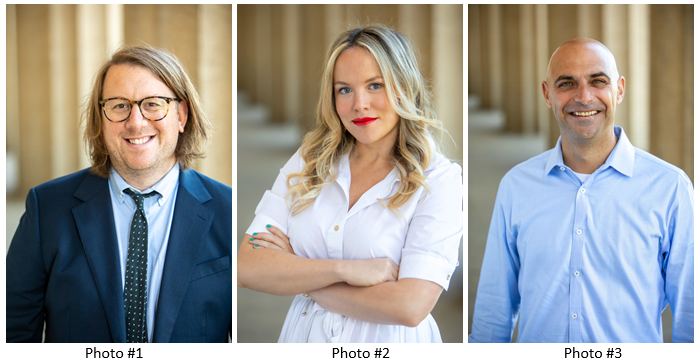 Rory Levine joins the Academy of Country Music as Vice President, Digital Strategy & Engagement from a career leading and growing some of the most resonant media brands. Most recently, he led all consumer recruitment and registration efforts for The Atlantic’s acclaimed events business, supporting a robust slate of 150+ premiere live journalism events staged all across the U.S. Prior to that, he notably served as Vice President, Marketing and Audience Engagement at Viacom’s country music and lifestyle cable television network CMT, heading all consumer-facing advertising campaigns, promotional partnerships, and social media activation, notably including the successful migration and relaunch of the fan-favorite music drama series Nashville for its two final seasons and nearly 40 all new episodes. Levine has also run marketing and communications at U.S. cable TV channel BBC America, including launching breakout original series Orphan Black and guiding the remarkably successful rejuvenation and American ascendency of historic sci-fi title Doctor Who through its iconic 50th anniversary global celebration, and for historic arts non-profit AIGA, the Professional Association for Design. Over the last year, he has worked as a marketing and brand strategy consultant for a variety of celebrated businesses, including the Grand Ole Opry, Blake Shelton’s Ole Red restaurants, public-private partnership state organization Launch Tennessee, and user-generated content showcase tool TINT. He hails from the Hudson Valley of New York state and is a graduate of the University of Pennsylvania.

In his role at the Academy, Levine is responsible for building and executing dynamic, competitive, and ambitious strategies for the organization’s digital portfolio, aiming to build and develop authentic communities across platforms with impactful short-form original content, refinement of voice and attitude, and integration and amplification of key influencers and thought leaders, synced with the organization’s larger programming and marketing efforts. Levine reports to Damon Whiteside, the CEO of the Academy and can be reached here.

Originally from Huntsville, Alabama, Haley Montgomery joins the Academy of Country Music as Manager, Awards & Membership. Previous stops for Montgomery include Opry Entertainment Group as Manager for the Artist & Label Relations team, where she served as a liaison between artists’ teams and the various properties across the OEG portfolio (Grand Ole Opry, Circle, Ole Red, Ryman). Montgomery also spent three years working on the strategic partnership team at the Country Music Association (CMA). There, she managed the assets owed to CMA’s 50+ brand partners across the team for all of their tent pole events. In addition, she negotiated and managed partners of her own. Her previous accounts have included Vera Bradley, Playstation, Crocs, KIND bars, Philosophy, Rent the Runway, Monster, Cracker Barrel and more. Montgomery also owned all industry facing events for the department which included CMA’s annual Brand Marketing Summit, CMA’s presence at the Licensing Expo in Vegas, and PartnerSips. In her role as Manager, Montgomery is responsible for supporting all initiatives and development of the Academy’s membership, as well as spearheads the Awards & Voting processes. Montgomery reports to Tommy Moore, Vice President, Artist & Industry Relations and Board & Governance and can be reached here.

Originally from Poughkeepsie, New York, David Sassano joins the Academy of Country Music as Executive Assistant to Academy of Country Music CEO Damon Whiteside. Previously, Sassano spent 14 years at Warner Music Group as Director of Operations & Administration. His first 10 years were at WEA (WMG’s distribution and artist services division) in New York and most recently 4 years at Warner Music Nashville. Sassano has been responsible for many duties ranging from supporting C-level executives, organizing Board meetings and managing major office moves both in New York and Nashville. In his current role as Executive Assistant, he will provide administrative support to the CEO, Board of Directors and Executive Team. He reports directly to CEO of the Academy, Damon Whiteside and can be reached here.

“The Academy is thrilled to welcome Rory, Haley and David to the team,” said Damon Whiteside, CEO of the Academy of Country Music. “Each of these professionals brings with them valuable expertise and knowledge of the Country Music industry that we know will provide a fresh perspective to the ACM team, helping to propel us forward in our future endeavors!”