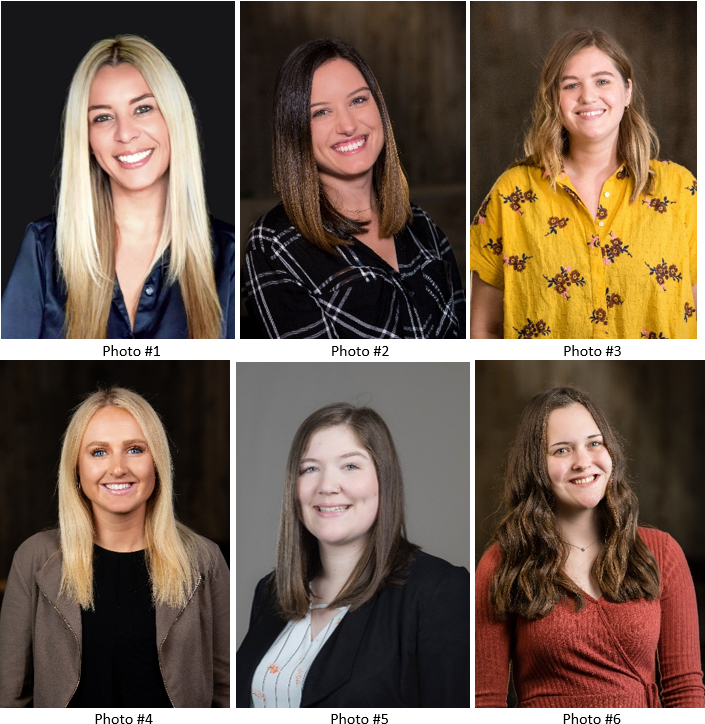 A Chicago native, Melissa Moldovan joined the Academy in 2015, fresh off a four-year stint at the nationally syndicated radio show The Big Time with Whitney Allen, where she worked as an assistant producer and fill-in co-host while simultaneously developing the show's social media marketing strategy. Her work there led to the creation of a social media staff position, which Moldovan undertook in addition to her other roles. Once she joined the Academy of Country Music, Moldovan has been an integral part in leading on all publicity, marketing, radio and promotional efforts throughout her past six years.

In her role as Director, Moldovan executes and oversees all media relations, radio promotions, and leads on Academy and ACM Lifting Lives press materials. Additionally, Moldovan will oversee media relations and radio promotions while the 57th ACM Awards makes its live debut on Amazon Prime Video, marking the first time a major awards show will stream live. Moldovan will also lead those same efforts on Academy of Country Music Honors, ACM Party for a Cause events, ACM Lifting Lives events, red carpets, and work closely with the marketing and events teams. With the support of her department, PR Task Force and Radio Task Force, she will also work to create new and strategic initiatives to benefit the Academy of Country Music entity. Moldovan reports to Rory Levine, VP, Marketing and Digital Strategy & Engagement and can be reached here.

Born and raised in Reading, MA, just north of Boston, Lanni (Gagnon) Niggli first joined the Academy full time in December 2017 as Coordinator, Events. Niggli attended Ithaca College where she received a bachelor’s degree in Communication, Management, and Design. During her final year at Ithaca, she participated in the Ithaca College Los Angeles program and interned for the Academy. As an intern, she assisted the Events department with planning and logistics for the 50th Annual ACM Awards that took place at the Dallas Cowboys Stadium. Upon completion of her internship, she went on to work in the events industry in Los Angeles, gaining further experience in entertainment, nonprofit, and corporate events. She also continued to freelance for the Academy, joining the events team on-site for the 51st and 52nd ACM Award shows.

In her role as Director, Niggli oversees the planning and logistics for the ACM Awards, Academy of Country Music Honors, and ACM Party for a Cause events, including event production, budgets, security, health and safety, red carpet, transportation, food and beverage and partnership fulfillment. With the support of her department and the events committee, she also works to create new and strategic event initiatives that will benefit both the ACM community and ACM Lifting Lives. Niggli reports to Alexa Fasheh, VP, Finance & Operations and can be reached here.

Born and raised in Sanford, ME, Hannah Kellis graduated from Pepperdine University in Malibu, where she studied Media Production. Upon graduating, she interned with companies such as A Rocha USA and Therapy Studios, where she assisted with both production and post-production. She then began work at Vendetta/Apartment 3B Productions, where she handled script coverage and event preparation. Kellis joined the Academy in early 2020 as Assistant, Creative & Content.

In her role as Coordinator, Kellis will oversee day-to-day responsibilities of the Creative & Content department, manage the Academy’s photo archives and EPK pages, and serve as a production assistant for all major events. She reports to Brandon Campbell, Director, Content and can be reached here.

Born and raised in Albany, NY, Dayna Poskanzer attended Ithaca College where she studied Integrated Marketing Communications. After graduating in December 2018, she relocated to Los Angeles and interned with the Academy's Marketing department during the 54th ACM Awards and the 13th Annual Academy of Country Music Honors. Following her internship, Poskanzer joined the Academy full-time in the fall of 2019, serving as Assistant, Marketing. During her time in this role, she assisted the marketing department with all needs pertaining to public relations, radio promotion, digital and social media, with special attention to administrative and support duties, proofreading, culling media lists, press coverage, and also served as a public relations point of contact on behalf of the Academy for all major events, among other responsibilities.

Most recently, Poskanzer has shifted into a new role, Coordinator, Digital & Social Media, where she will be supporting the day-to-day responsibilities of the Academy’s Digital and Social department. Poskanzer will play a collaborative role in all strategic expansion and growth – including launching official Academy-branded presence on new platforms, articulating and deploying new tactical approaches on existing platforms, and developing new content and creative materials. She reports to Rory Levine, VP, Marketing and Digital Strategy & Engagement and can be reached here.

Originally from Watkins Glen, New York, Alexis Bingham graduated from Ithaca College where she studied communication management and design. During her time at Ithaca College, she was a student event manager as well as commencement intern on campus and an events intern for the 56th ACM Awards and 14th Academy of Country Music Honors. In her role, Bingham supports the events team with several projects surrounding the planning of the ACM Awards, ACM Honors, and ACM Party for a Cause. She also assists the department with various needs, and any other internal or external events that occur throughout the year. Bingham reports to Lanni (Gagnon) Niggli, Director, Events and can be reached here.

Originally from Pennsylvania, Carrie McDonough is a 2021 graduate from Millersville University, where she studied Speech Communication with a concentration in Public Relations. She interned with the Academy’s Marketing department beginning in her junior year of college, assisting with ACM Our Country, the 55th ACM Awards, 56th ACM Awards and 14th Annual Academy of Country Music Honors. Prior to her internship with the ACM, McDonough’s passion for Country Music led to an early internship with WCAT-FM Red 102.3 in Carlisle, PA before being hired on the Street Team for WGTY-FM Froggy 107.7 in York, PA. Additionally, she served as a Communication Intern for the Governor’s Office of Crime Control and Prevention in Maryland. In her role at the Academy, she assists the Marketing and Communications teams with all day-to-day needs, with special attention to administrative and support duties, proofreading, culling media lists, radio and press coverage, and serving as a production assistant for all major events, among other duties. She reports to Rory Levine, VP, Marketing and Digital Strategy & Engagement and can be reached here.

“The Academy is thrilled to continue expanding our team with the addition of Alexis and Carrie, and to celebrate the well-deserved promotions of Melissa, Lanni, Hannah and Dayna,” said Damon Whiteside, CEO of the Academy of Country Music. “Each of these individuals have worked tirelessly the past year to create innovative solutions and overcome unique challenges, contributing to the Academy’s success through each of our tentpole events. I look forward to seeing them each embrace their new roles in the months ahead as we prepare for another monumental year.”